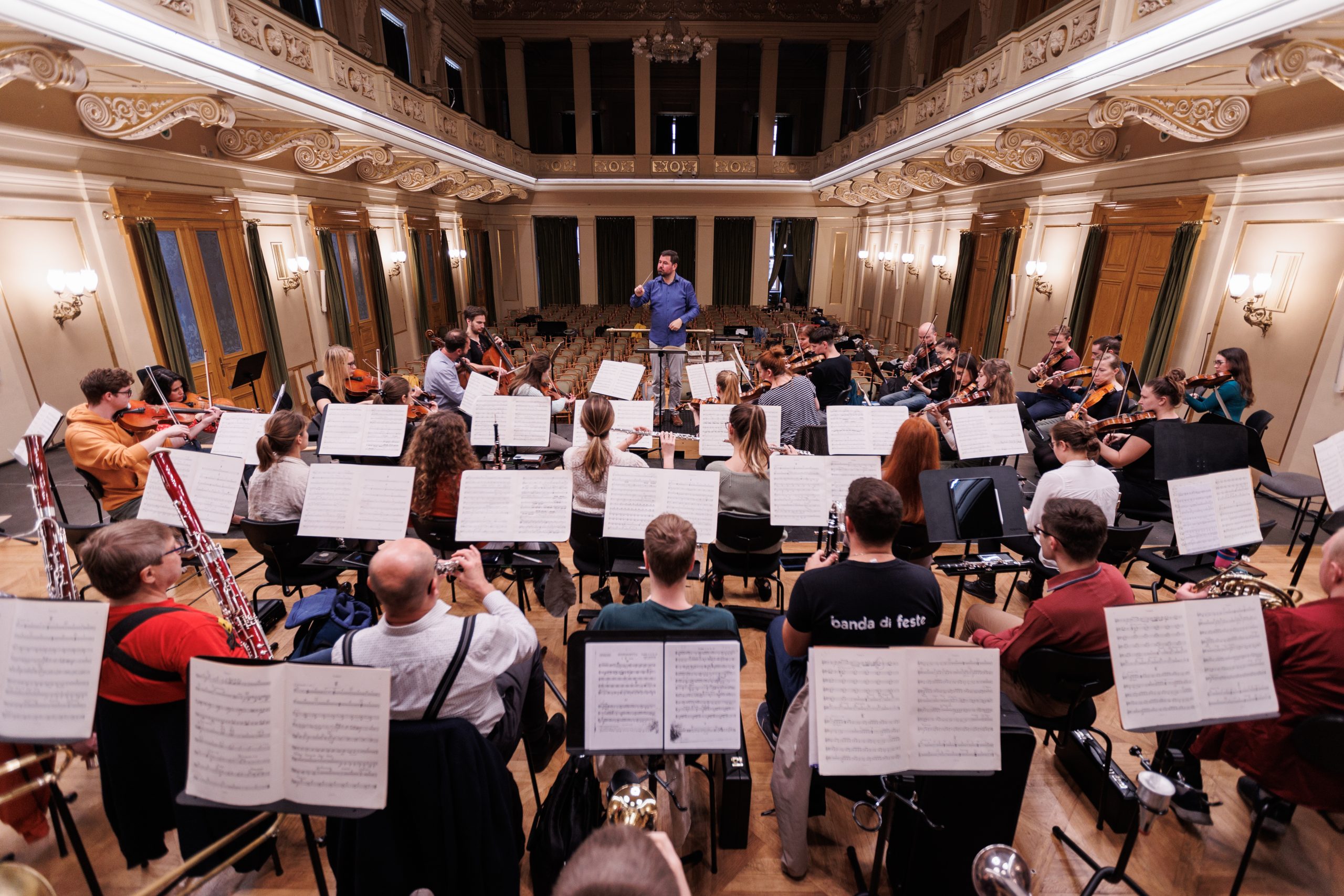 On October 16, a gala concert will be held at the Besední dům to celebrate the 75th anniversary of our academy. It will feature performances by students from both the Music and Theatre faculties. Alumni, teachers and other guests will be among the 165 performers. At 5 p.m., under the baton of conductor Jakub Klecker, well-known compositions by Leoš Janáček and Antonín Dvořák will be performed. Antonín Dvořák’s Te Deum will be performed by the newly formed JAMU choir consisting of singers from the JAMU HF Practice Choir, students and teachers of the JAMU HF and DF, supplemented by members of the VOX IUVENALIS choir of the Brno University of Technology.

Due to the illness of the performer Pavel Zemen, we are forced to change the programme – Robert Schumann’s Piano Concerto in A minor will be replaced by Wolfgang Amadeus Mozart’s Piano Concerto No. 12 in A major performed by Jan Jirasky and the Janáček Academic Orchestra.

„The main focus of the programme is on works by Czech and Moravian composers, Antonín Dvořák’s Te Deum and Leoš Janáček’s Sinfonietta, which is inseparable from our academy,“ conductor Jakub Klecker described the dramaturgy of the concert. The programme will also include Mozart’s Piano Concerto No.12 in A major performed by pianist and teacher Jan Jirasky. Soloists Ivana Pavlů and Tadeáš Hoza will also perform as soloists.

During the annual concert, the Rector will present MgA. Petr Michálek presented gold medals to important personalities who have contributed to the development of the Academy. The awards will be presented to professors Jan Gogola, Jan Hančil, Miroslav Jelínek, Jan Kolegar, Václav Kunt, Ivo Medek, Martin Prchal and conductor Jan Zbavitel. At the same time, the Rector of the Academy will christen his new book. The magnificent publication entitled …always contributing with your back… is dedicated to nineteen holders of the title of doctor honoris causa of the Janáček Academy.

Orchestra of the JAMU Faculty of Music composed of students, teachers, alumni and guests

Programme of the evening

the foyer of the Besední dům