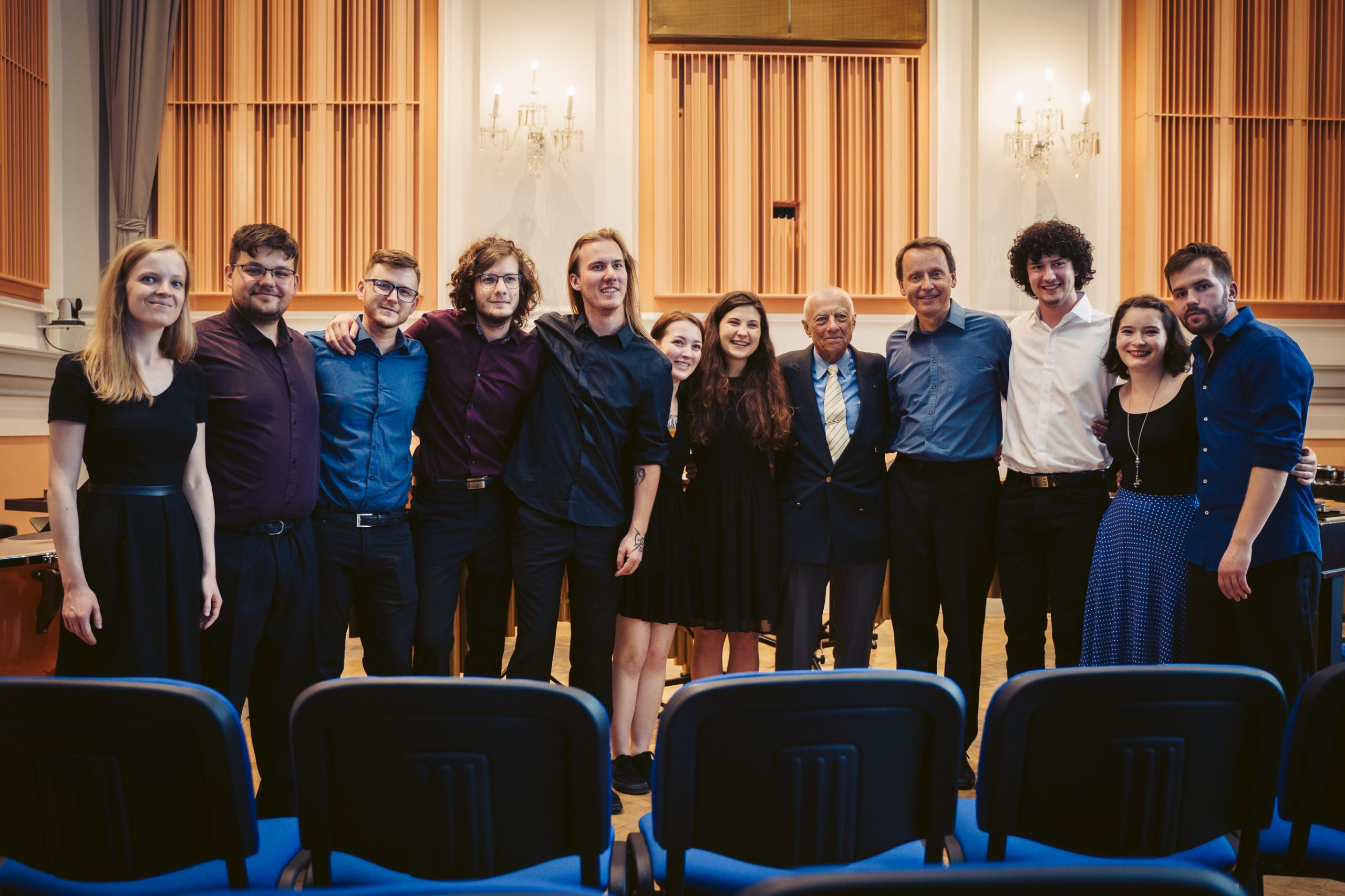 The last concert to celebrate the 75th anniversary of the JAMU in this academic year took place in a completely full auditorium of the Faculty of Music. The festive evening was also dedicated to the 80th anniversary of the birth of František Vlk, emeritus teacher of the Department of Percussion Instruments and former leading timpanist of the Brno Philharmonic. The seventy-minute programme featured the JAMU Percussion Ensemble under the artistic direction of Prof. Martin Opršál. Due to the large percussion instruments, it was necessary to swap the auditorium with the stage, where the large percussion instruments would not fit and on which the audience was therefore seated. The ten percussionists were accompanied by the harpist Dominika Kvardová. At the end of the programme with works by Dmitri Shostakovich, Leoš Janáček, Sofia Gubajdulina, Anna Ignatowicz-Gliňská, the audience heard the world premiere of Rustling by Vit Zouhar, who wrote it especially for the JAMU Percussion Ensemble. In the new reconstructed auditorium of the JAMU Faculty of Music, three marimbas, three vibraphones, seven timpani, chimes, large and small drums, tambourine, castanets and the harp were played.